Melinda Nielsen has been teaching in the Montessori environment for nearly 29 years. Twenty five years ago she founded Bay Area Montessori House with Tommie Hebert and currently serves as the Curriculum Administrator. Melinda is a diploma holder at both the Primary (Washington Montessori Institute 1984) and Elementary (Montessori Institute of Milwaukee 1997) levels. She is very active in the Montessori community working on several AMI/USA committees, on- site coordinator for AMI Refresher courses and visiting schools as an AMI Consultant. As a practitioner, Melinda strongly believes in Dr. Montessori’s plan for the elementary child of Cosmic Education. She has fostered an extensive “Going Out” program along with integrating all subjects, including the arts into the classroom. In addition, Melinda served on the AMI/USA board of directors for six years. She received her Bachelor of Science degree in Biology from Texas A&M University. In her spare time Melinda enjoys all kinds of fiber arts, reading, visiting art museums, ringing hand bells, archeology and exploring new environments.

Regina’s first exposure to Montessori was a Lithuanian-speaking primary classroom in the suburbs of Chicago. The peace and joy she felt in those earliest years of life inspired her to study Montessori in college and ultimately to train with J McKeever at the Montessori Institute of Atlanta. She now guides a 9-12 classroom at Forest Bluff School, just outside of Chicago. Regina is an avid yogi and certified yoga instructor and loves discovering the connections between the teachings of yoga and the Montessori philosophy. 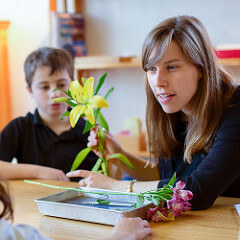 Regina joined the board in 2018 as Outreach Coordinator.

EAA has been an incredible source of support and inspiration for her, and she is thrilled for the opportunity to share it with others.  She deeply believes in the mission of EAA and feels every member can not only benefit from, but also contribute to this fabulous and inspiring organization.

Becca discovered Montessori education while volunteering as a pre-school teacher in Belize. Upon her return to the States, she taught a year of high school French and realized that, definitely, elementary was her calling. She studied at WMI with Kay Baker and Greg MacDonald, graduating in 2008.

Since then, she has been teaching in a Lower Elementary class at the Montessori School at Emory in Decatur, Georgia. Her two daughters have grown up in Montessori, from coming with her to the classroom as infants, all the way through the Adolescent program. Becca especially loves bringing her other passions of reading, baking and all kinds of handwork into the classroom.

Becca has been delighted to become more involved in EAA after many years of membership. She is inspired by the other members and pleased to be able to give back to this wonderful organization that helps us all feel connected. 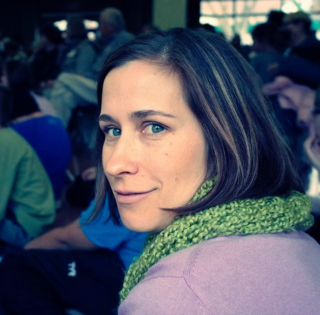 Amanda grew up in southwestern Iowa and headed north to Minnesota where she lives and teaches. After finishing her training led by Phyllis Pottish-Lewis at the Montessori Center of Minnesota in 2006, Amanda began her role as a 9-12 elementary guide at Oak Hill Montessori School in Shoreview, Minnesota. She appreciates how every day is different and can include learning as varied as the children can imagine.

Amanda joined the EAA board in 2017 to help support the community that has sustained her in her work with children. She is thankful for the EAA community because it includes some of her favorite human beings. The friendships she has made through EAA are enriching, supportive, and inspiring.

Rachel followed her daughter into the Montessori world, first at Victorian Montessori in Newton, MA and later at the public Montessori program now housed at Capitol Hill Montessori in Washington, DC. She started her training in 2006 with Dr. Kay Baker and (finally) finished in 2014 with Greg MacDonald; not ideal, but she considers herself lucky to have two cohorts of classmates. She’s been an active member of EAA throughout, deeply valuing the advice and support the community has offered. 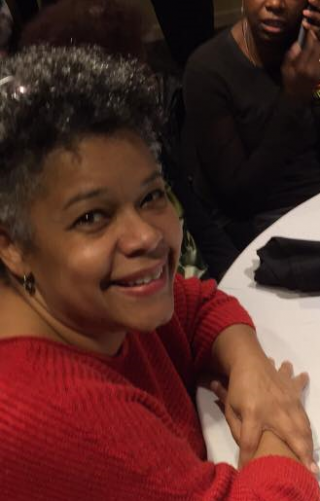 Rachel has assisted and taught in all three variations of the elementary classroom in the Washington area, and in district, charter, and private schools. Today she coaches the elementary team of teachers at Lee Montessori (a public charter) and guides the school’s Child Study process. She also serves on the Board of Directors of another public Montessori. She misses cooking birthday lunches and doing collaborative auction art projects with her class but loves getting to interact with hundreds of children each day. While Rachel hasn’t taken the most direct route, her path has led to “great work”: supporting the growth of Montessori in DC and beyond. She’s excited to be part of the EAA board as we begin new partnerships and expand our work globally.

Emily’s Montessori journey began with her education as a child. She attended an AMI school in North Carolina from the ages of three to twelve. As life continued, Emily thought she wanted to be a wildlife biologist; she even earned her Bachelor of Science in Wildlife & Fisheries Science from Texas A&M University. After gaining her degree and interning at a state park as an interpretive ranger, Emily​

realized she felt called to teach and made the decision to get her AMI elementary training with Greg MacDonald. This path has led her to guiding a lovely community of Upper Elementary children in Austin, TX.
Emily joined the EAA board in 2022 after experiencing numerous events put on by EAA. She is happy to be able to help support the organization that has in turn supported her and led her to so many foundational connections. The skills, memories, and friends found in EAA are enduring and precious.